Due to a busy time period in my life and work, I haven't had a chance to review any movies for a while. I promise I will be back soon!

In the mean time, enjoy these mini-reviews of films I've watched in a Queer Cinema class I'm taking: 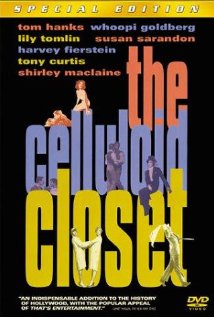 This important documentary about homosexuality in the movies is a classic and a fascinating film. Beginning at the turn of the 20th century, The Celluloid Closet covers a time during which homosexuality was only found in subtext and "wink wink" jokes and homosexual characters were veiled or outrageously stereotyped. Films such as Rebecca, Rope, and Cruising are explored, among others.

The Celluloid Closet really deserves a sequel, since the film ends in the 1990's--specifically, with the Tom Hanks film Philadelphia. Queer cinema has come so far in the past two decades, and I would love to see a documentary exploring that.

I saw this film, about homosexual director James Whale, when I was younger and I was a bit disturbed by it. James Whale was the director of Frankenstein and Bride of Frankenstein, and he was as openly gay as a man could expect to be in the first half of the 20th century (which is to say, not very open). The film details his friendship with his gardener, Clayton Boone, as Whale slips further into dementia. The relationship between the young, (presumably) straight man (played by hunk o' burning love Brendan Fraser) and the older, gay man (played by shriekingly sexy silver fox Ian McKellan) veers from lightly flirtatious to violent to gentle. In an extremely uncomfortable scene near the end (spoilers), Whale comes on to Boone strongly enough to incite a violent reaction in the young man, but Boone finds that he can't hurt his older, fragile friend. It's both touching and, as I mentioned above, disturbing.

Well, if I have to explain this one to you, then you clearly don't belong to the club. Rocky Horror, the king (or queen?) of cult films, is about a "sweet transvestite" from Transexual, Transylvania--a distant planet. This mad scientist, Frank N. Furter, lives with his servants in a castle and has created the perfect specimen of manhood as his lover. Two squares, Brad and Janet, end up at his castle when their car breaks down outside it. What happens during their debauched stay will change their lives...forever.

The appeal of Rocky Horror is myriad. It's got lo-budget, sci-fi cheesiness galore, polymorphous eroticism led by a lingerie-clad Tim Curry, and a cult following that includes audience participation, games, and call-backs during live screenings.

There's really nothing not to love...unless you're a square, I guess. 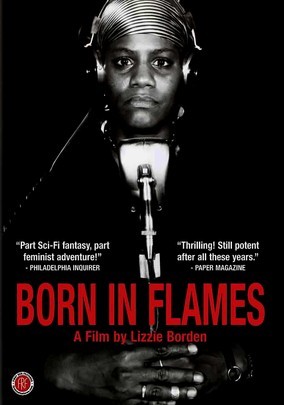 This extremely low-budget and highly original film by Lizzie Borden (no, not that Lizzie Borden) takes place in a post-revolutionary United States. The US is now officially a socialist democracy and the news media pronounces sexism, racism, and social problems dead. Boy are they wrong. A group of women called the Women's Army, take it upon themselves to perform acts of vigilante justice and culture-jamming (basically, highjacking radio stations and painting on public walls) in order to get their message of queer/racial/female liberation out there.

Led by a cast of multiracial, queer (ish) women, this is an excellent movie to completely freak out your conservative uncle with.

You would think a 2.5 hour long film about law and justice on a naval warship in 1797 would be boring. You'd be wrong. Billy Budd, based on the novella by Herman Melville (the dude who wrote Moby Dick) actually sucks you right into it's world.

Billy Budd has three men at its center: Captain Vere, the truth and law-loving captain of the warship Bellipotent, a handsome and very innocent and good sailor, Billy Budd, and the sadistic, evil master-at-arms, John Claggart. According to some interpretations, Claggart is a repressed gay man whose repression emerges in the form of sadism. As master-at-arms (basically, the chief of police of a ship), Claggart enjoys tormenting the sailors and meting out cruel and arbitrary punishments.

While Billy is so innocent that he sees Claggart as simply a lonely man, Claggart decides to destroy Billy by accusing him of mutiny. The last third of the film is gut-wrenching. Overall, the story is an intriguing meditation on the spirit of the law vs. the letter of the law--and which is more important.