This divisive genre has been around for a long time. Ingmar Bergman's The Virgin Spring was released in 1960 and serves as the inspiration for more infamous RR films, such as Wes Craven's The Last House on the Left. But stories about women in peril and other people avenging them have been around practically since humans began telling stories. Such stories allow us a double-whammy of enjoying the sick thrill of hearing/seeing violence (and sexual violence in particular) and also enjoying seeing the bad guy get his just desserts. It allows us to enjoy the rape AND the revenge while still feeling good about ourselves. Which is perhaps why so many people loathe this particular genre.

However, the rape-revenge film has been changing over the last few decades. More emphasis is being put on the revenge, rather than the rape. And more films let the women themselves take revenge, as opposed to showing the woman's family, friends, or partner dishing out justice.

There was a Tweet going around recently that basically said "there is never a good reason to show rape in film and TV". While I do agree that glamorizing and eroticizing sexual assault is wrong, I don't entirely agree with this Tweet. For one thing, I don't think that *anything* should be completely "banned" from film and television with the exception of stuff like child porn. Which is illegal anyway. But even with this extreme example, films such as Mysterious Skin have been able to "show" the sexual assault of a child without actually showing it and, in my opinion, have masterfully captured the horror of such an act. (Mysterious Skin is, by the way, an absolutely great film that I basically can't recommend to anyone because it is so intensely upsetting). 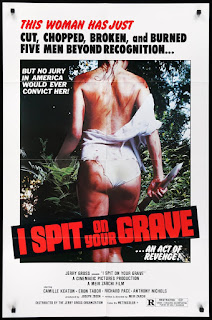 I feel that there is a place in cinema to show horrific acts because to refuse to show them, regardless of how they are shot and what the context is, puts them in a category of taboo. And what happens when we are unable to talk about think about horrific things? Well, they continue to happen and we are able to ignore them. It is by confronting such horrors and staring them right in the face that we take power back and have the courage to say "this is wrong". Now, this isn't to say that anyone should be required to watch films that depict sexual assault, violence, etc. I believe very strongly in trigger and content warnings because it gives people a chance to exercise consent in their viewing choices. I personally think filmmakers should have a lot of leeway in filming whatever they want to (within legal bounds of course), but also provide strong warnings so that people can pick and choose what they are exposed to. The solution is NOT to "ban" depictions of sexual assault. And let's not forget that if we can ban depictions of assault and violence, that sets a precedent for banning depictions of healthy, consensual sex in film and TV.

So back to the rape-revenge films. Why do I--and others--like this genre so much? Is it because we're sick and want to see people (usually women/femme persons) suffer? Au contraire! It's because we want to see rapists suffer. Films let us indulge in our wildest fantasies, whether that's a trip to Middle Earth, a flight on a dragon's back, or, well, seeing a rapist/abuser actually get punished--often brutally--for their crimes.

As we know, rapists often *don't* face adequate justice IRL. Many rapists never even see the inside of a courtroom, and those who do (example: Brock Turner) often get off with a slap on the wrist. Our society is inclined to put the burden of proof on the survivor of assault, and place additional burdens on them, such as justifying/explaining past sexual behavior, what they were wearing, why they were drinking, etc. We all know that the way our culture handles sexual assault is incredibly misogynistic and traumatizing.

Rape-revenge films give us the much-needed catharsis of seeing a rapist PAY and pay dearly for their sins. Now, you might be saying "But Jenny, what we REALLY need is for more justice IRL for rape survivors! Not just the fantasy of justice that film can provide." And boy howdy, do I agree! I would trade the entire genre of rape-revenge films for even just 30% more justice for survivors in real life. If we had true justice, perhaps this genre of film wouldn't even be a thing because no one would need the catharsis. But we currently do not have adequate justice and it's something we need to keep pushing for and working towards. And I don't think that rape-revenge stories necessarily equate to *less* justice IRL. In fact, really good stories in this genre can perhaps inspire us to take action in reality.

So what constitutes a "good" rape-revenge film vs. a "bad" one. I have some thoughts.

A "bad" rape-revenge film focuses more on the assault itself, lingering on the victim's (again, usually a woman) body. The camera takes pleasure in the victim's suffering. The revenge is carried out by someone other than the survivor--perhaps a husband or father, a man whose job it is to "protect" the survivor. The film has no deeper message about sexual assault or gender politics.

A "good" rape-revenge films focuses more on the revenge. The rape itself is either not shown at all, just implied, or if it is shown, the camera does not linger on the body of the victim. Perhaps the camera shows their hands or face (which can be upsetting, but the point is that is DOES NOT eroticize the assault). The survivor carries out the revenge--with or without help from friends and family. The overall theme of the film is empowerment, taking back one's power/body, and clearly, boldly underlining that rape is a crime that deserves punishment.

Now. Many films within the rape-revenge canon don't perfectly fall into either of these categories. Two recent films that come to mind are A Promising Young Woman and Violation.

(spoilers ahead for both films)

Violation is a film in which the rape that occurs is a fairly common type of assault: the survivor knows the assailant (he's her brother-in-law) and the rape is not "violent" in that she doesn't have a gun to her head. Instead, she wakes up with him inside her and she is confused and scared. She says "don't" and he keeps going. The punishment she metes out to her rapist is...VERY extreme. Not only does she kill him, she drains his blood, dismembers him, and grinds his bones into dust. There is also a suggestion--though it is not explicit--that she puts some of his ashes in food that she then serves to his family. The film implicitly begs the question, "did he deserve to die?". Given that this is a rape-revenge film, the answer is "yes" because more often than not, death is the punishment for rapists in this genre of film. However, the fact that Violation is so realistic makes the punishment very jarring. Wes Craven's The Last House on the Left is ridiculous, over-the-top, and baldly exploitative, so it makes sense within the world of the film for the victim's mom to lure the rapist with a blow job and then literally bite his dick off. In contrast, Violation is so naturally filmed and the rape is not a super violent one, (to be clear, I don't think rape needs to be "violent" in order for the rapist to deserve punishment) so the audience is thrown for a loop at how intense and utterly gruesome the punishment is.

Likewise, A Promising Young Woman could be viewed as a rape-revenge narrative that goes "too far" in that Carey Mulligan's heroine, Cassie, punishes people who didn't actually rape the victim, but didn't help her either. A Promising Young Woman is controversial because Cassie isn't a "good" heroine. She goes above and beyond to punish everyone who hurt her friend and does so by putting some of them in danger's way. The ending is also super controversial and unsatisfying for some people, despite being more realistic than other rape-revenge films (such as the excellent French film Revenge).

But what both of these films do is honor the intense rage that a victim of assault--or someone whose loved one was assaulted--may feel. Another thing our society does is see rape victims as people to be pitied. Literally, people will say shit like "The rapist RUINED HER LIFE" as if rape is something that is so damaging, a person can never recover from it. There are even people who imply that rape is worse than death. Now, look, I am fortunate to have never been a victim of assault so far in my life, but if I were a victim of assault I'd be pretty fucking incensed at the implication that it would be better I had died than be violated. I trace this sentiment back to our culture's obsession with a woman's "virtue". That a woman is "ruined" or "damaged goods" if she--willingly or not--engages in a certain amount or type of sexual activity. Because we have this incredibly damaging and false narrative about women and sex, survivors of assault as assumed to be sad and scared more than anything else. But what about mad? We rarely honor the justifiable anger a woman might feel not just towards her assailant, but towards all the people who downplayed her assault or didn't believe her. These two movies honor than rage. 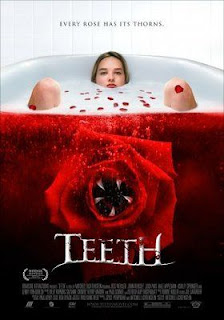 I think I'll just end by reiterating a few opinions, as well as giving some recommendations.

1) No one should ever feel pressure to watch films, television, etc that contain content that is upsetting to them.

2) We should not strive to "ban" certain acts from being shown on film, or for certain topics to not be addressed, because being able to confront and talk about taboo topics allows us to fight for justice IRL.

3) That said, websites like Does the Dog Die? are excellent resources for folks to consult before they watch a movie that might contain triggering content. Also, anyone who says "there are no trigger warnings in life!" to mock people or downplay the very real importance of trigger warnings can suck my butthole.

4) Rape-revenge films can be exploitative. They can also be empowering and cathartic. Most often, they can be both.

5) Here are some recommendations of not just rape-revenge films, but narratives that handled assault in a unique, often empowering, way:

I May Destroy You (perhaps one of the most nuanced TV shows about rape/assault that I've ever seen. I cannot recommend this show enough)

Teeth (a young, Christian woman discovers that she has teeth in her vagina. High-jinks ensue!)

A Promising Young Woman (literally nominated for an Oscar this year)

Revenge (a French film in which a young woman murders her attacker, as well as the men who stood by and did nothing)

The Girl with the Dragon Tattoo (the rape-revenge plot is more of a side-plot, but Lisbeth Salander is one of the most badass avenging angels in cinema)

Posted by Damn Good Coffee at 9:43 AM